The names of compounds in a homologous series are based on the name of the basic carbon chain modified by a “prefix” “phrase before” or “suffix” “phrase after” indicating the nature of the functional group.

Naming a carbon compound can be done by the following method –

(i) Identify the number of carbon atoms in the compound. A compound having three carbon atoms would have the name propane.

(ii) In case a functional group is present, it is indicated in the name of the compound with either a prefix or a suffix 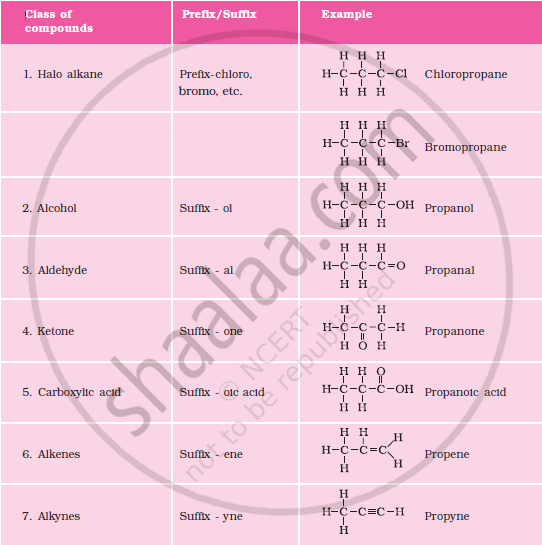