Various Forms of the Equation of a Line

Suppose P (x, y) is an arbitrary point in the XY-plane and L is the given line. For the equation of L, we wish to construct a statement or condition for the point P that is true, when P is on L, otherwise false. Of course the statement is merely an algebraic equation involving the variables x and y. Now, we will discuss the equation of a line under different conditions.
Horizontal and vertical lines:
If a horizontal line L is at a distance a from the x-axis then ordinate of every point lying on the line is either a or – a.Fig. 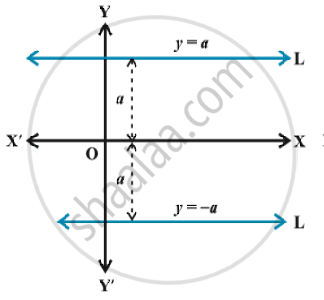 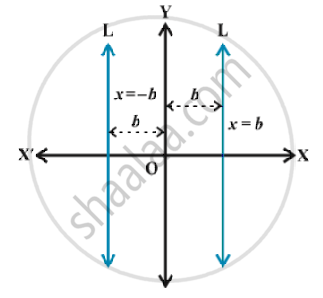 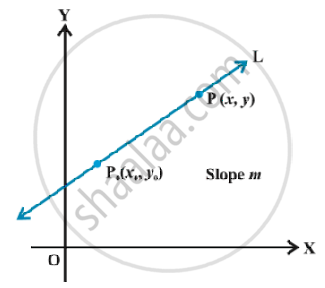 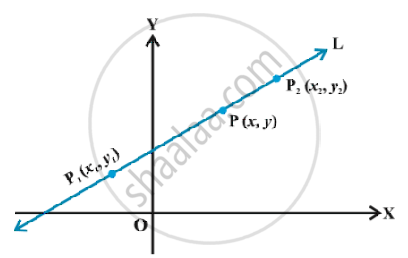 Suppose a line L with slope m cuts the y-axis at a distance c from the origin Fig. 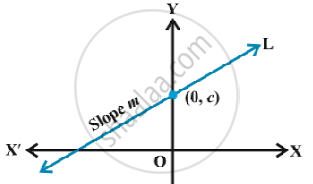 The distance c is called the yintercept of the line L. Obviously, coordinates of the point where the line meet the y-axis are
(0, c). Thus, L has slope m and passes through a fixed point (0, c). Therefore, by point-slope form, the equation of L is
y-c =m(x-0)  or  y =mx + c
Thus, the point (x, y) on the line with slope m and y-intercept c lies on the line if and only if  y = mx +c    ...(3)
Note that the value of c will be positive or negative according as the intercept is made on the positive or negative side of the y-axis, respectively.

Normal  form :
Suppose a non-vertical line is known to us with following data:
(i) Length of the perpendicular (normal) from origin to the line.
(ii) Angle which normal makes with the positive direction of x-axis.
Let L be the line, whose perpendicular distance from origin O be OA = p and the angle between the positive x-axis and OA be ∠XOA = ω. The possible positions of line L in the Cartesian plane are shown in the fig. Now, our purpose is to find slope of L and a point on it. 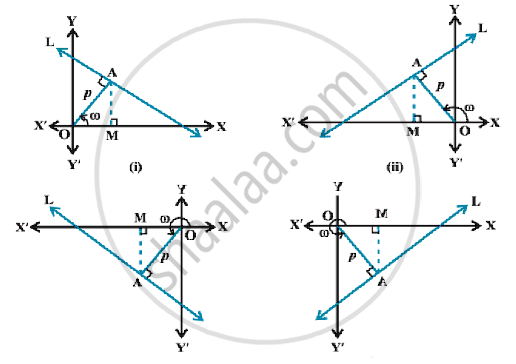 Shaalaa.com | Various Forms of the Equation of a Line -horizontal and vertical lines

to keep track of your progress.
Various Forms of the Equation of a Line -horizontal and vertical lines [00:04:20]
S