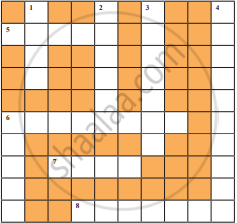 1. (A word for) King in Indian languages.

2. A Chinese traveller to India

3. A famous Indo-Greek King had discussions with this Bauddha bhikkhu.

4. A poet at the court of Emperor Harshavardhan, who also wrote his biography.

5. A Pali word that means the question.

6. The most famous Indo-Greek King

7. Kanishka was the first Emperor to make this from gold.

Observe the map in the lesson. List the names of the modern cities which were part of the Gupta Empire.

The kings who started the minting of gold coins in India.

What would you do if you met foreign travellers like Yuan Chwang?

Another name for Kamrup

The king who played the veena.

Make a list of the various books and authors mentioned in the lesson.

The Iron Pillar at Mehrauli