The Conservation of Mechanical Energy

The Conservation of Mechanical Energy

For conservative forces the sum of kinetic and potential energies of any object remains constant throughout the motion.
According to the quantum physics, mass and energy are not conserved separately but are conserved as a single entity called ‘mass-energy’. 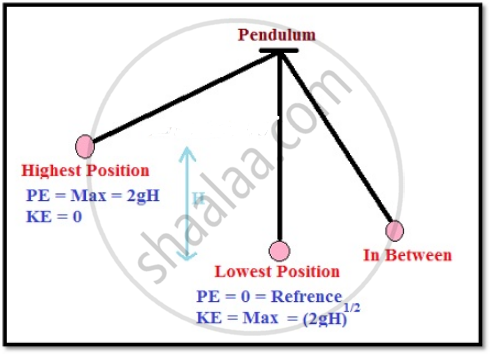 The above discussion can be made more concrete by considering the example of the gravitational force once again and that of the spring force in the next section. Fig. below depicts a ball of mass m being dropped from a cliff of height H. 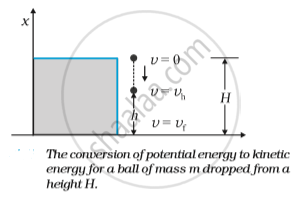 At the height H, the energy is purely potential. It is partially converted to kinetic at height h and is fully kinetic at ground level. This illustrates the conservation of mechanical energy.