Supply is a relative term. It is always expressed in relation to price, time and quantity.

The word ‘supply’ implies the various quantities of a commodity offered for sale by producers during a given period of time at a given price. It is related to time and price. Supply is a flow concept. It refers to the amount of a commodity that the firms produce and offer for sale in the market over a period of time, say a day, a week, a month or a year. 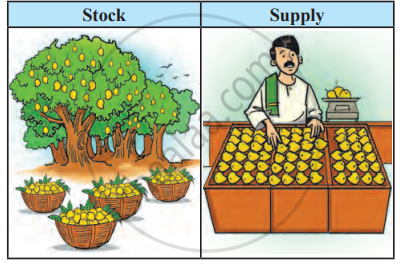 According to Paul Samuelson, “Supply refers to the relation between market prices and the amount of goods that producers are willing to supply.’’

Supply refers to the quantity of a commodity that a seller is willing and able to offer for sale at a given price, during a certain period of time.
For example, a farmer's total output of rice is 4000 kgs. This is the total stock. If the price is ₹40 per kg, he offers 1000 kgs for sale. This is the actual supply.

Paul Samuelson was a noted academic economist who left a lasting imprint on the field. In 1970, Samuelson was the first American to be awarded the Nobel Memorial Prize in Economics for his outstanding contributions. Upon receiving the award, Samuelson was praised for raising "the level of scientific analysis in economic theory." Samuelson’s seminal work, Foundations of Economic Analysis, set the stage for his remarkably productive career as an academic economist.

Foundations presented economic analysis as primarily focused on the formulation and exploration of various problems of constrained optimization and equilibration. His later book, Economics, first presented what would come to be known as the neoclassical synthesis, which combines neoclassical microeconomics with neo-Keynesian mathematical macroeconomics.

Observe the following table and answer the question:

Draw a diagram for the above supply schedule.

Cost incurred per unit of output.

Net addition made to the total cost of production.

Observe the market supply schedule of potatoes and answer the following question:

Complete the quantity of potato supplied by the firms to the market in the above table.