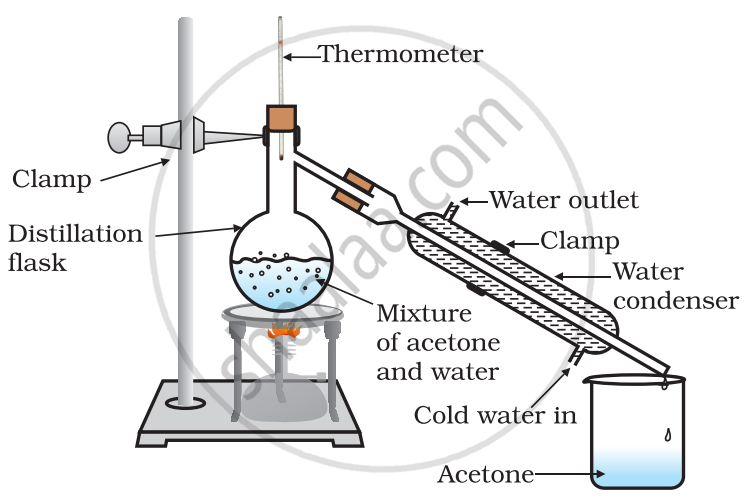 This method is called distillation. It is used for the separation of components of a mixture containing two miscible liquids that boil without decomposition and have sufficient difference in their boiling points.

To separate a mixture of two or more miscible liquids for which the difference in boiling points is less than 25 K, fractional distillation process is used, for example, for the separation of different gases from air, different factions from petroleum products etc. The apparatus is similar to that for simple distillation, except that a fractionating column is fitted in between the distillation flask and the condenser. 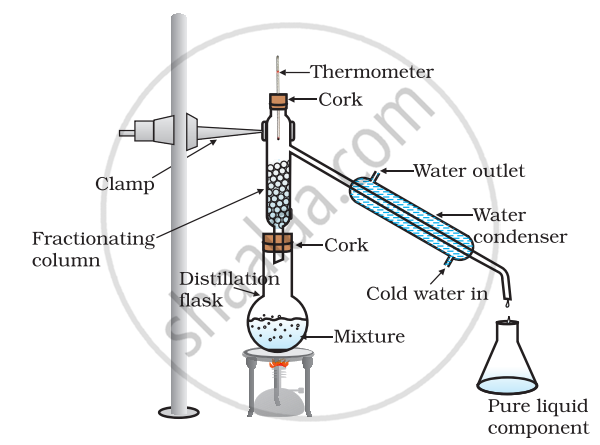 How would you confirm that a colourless liquid given to you is pure water?

How will you separate a mixture containing kerosene and petrol (difference in their boiling points is more than 25°C), which are miscible with each other?