Separation of ammonium chloride and salt by sublimation:-

Keep the mixture in a china dish and put an inverted funnel on it.

Tightly pack the stem of the funnel with the cotton plug.

Now, put this arrangement on a tripod stand with wire gauze.

Heat the mixture. After some time, we see that ammonium chloride undergoes sublimation and changes into vapour.

We will get the salt separately in a china dish. Now, allow the vapours to cool for a while and we 'll see that ammonium chloride gets collected near the stem of the inverted flask 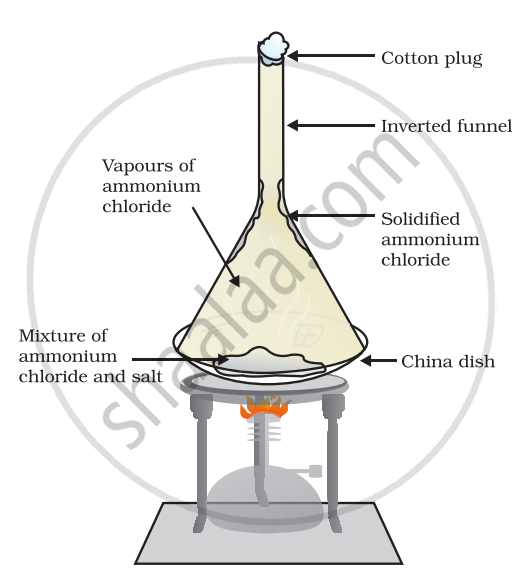 Name the technique to separate camphor from salt

Which separation techniques will you apply for the separation of the Sodium chloride from its solution in water.

Which separation techniques will you apply for the separation of the Small pieces of metal in the engine oil of a car.

Name the technique to separate salt from sea-water.