Scope and Excitement of Physics

SCOPE AND EXCITEMENT OF PHYSICS

Physics has a very wide scope. There are two domains of interest which are macroscopic domain and microscopic domain. The macroscopic scale is the length scale on which objects or processes are of a size that is measurable and observable by the naked eye. The microscopic scale is the scale of size or length used to describe objects smaller than those that are easily be seen by the naked eye and which require a lens or microscope to see them clearly.

Physics tries to reach out the complete understanding of the universe and thus the various natural phenomena. It attempts to find the elementary particles that make the matter, forces that guide the phenomena and the various forms of energy.

Physics has its scope in Classical physics and Modern physics.

Classical physics has sub branches like mechanics, thermodynamics, electrodynamics and optics. Classical mechanics can be also called as “Newtonian Mechanics”.

Acoustics Physics is another branch of classical physics. It is concerned with the study of the production of sound waves. The branch Optics refers to the study of the light. It has other sub branches. Physical optics involves the study on the production, nature and properties of light. Physiological optics refers on the part that is played by light in vision. Geometrical optics deals with the refraction and reflection of light as experienced in the study of mirrors and lenses. These principles were later used to focus light in telescopes, cameras and microscopes. Thermodynamics is the study of the connection between heat and other forms of energy. The effects of changes in temperature, pressure and volume on physical system and their relation to energy and work will all be covered under thermodynamics. The kinetic theory of gases is based upon classical thermodynamics. It was also possible to increase the efficiency of steam engines by thermodynamics in early days. It mentions the existence of quantity called entropy. 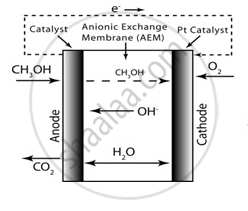 Electromagnetism deals with the study of the properties of the electric current and magnetism and their relationship. Electrostatics refers to the electric charges at rest. Electrodynamics deals with the moving charges. Magneto statics deals with the magnetic poles at rest. The relationship between electromagnetism and mechanics can be described by the special theory of relativity. Maxwell’s equations are derived from the principle of relativity and the principle of stationary action in mechanics.

Modern physics refers to the behaviour of matter and energy under extreme conditions. It has several branches. Atomic and nuclear physics is the study of the components, structure and behaviour of the nucleus of the atom. Quantum physics is concerned with the study of the individual nature of the phenomena at the atomic levels. It focuses on the indivisible units or discrete units of energy called Quanta which is as described by the quantum theory. Quantum mechanics is one branch that comprises the atomic and sub atomic systems and also their interaction with radiation. 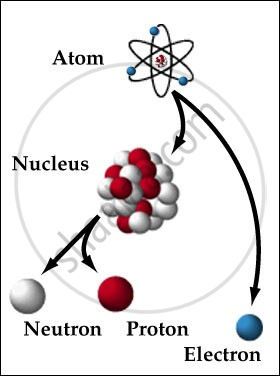 When an electron moves from one allowed level to another, an amount of energy is either emitted or absorbed. Here the frequency is directly proportional to the energy difference between two levels. The photo electric effect confirmed the quantization of light. Louie de Broglie has found out that not only light waves exhibit particle like nature, but also particles exhibit wave like nature. An important discovery of quantum theory is the uncertainty principle which places a theoretical limit on the accuracy of certain measurements.

The excitement of physics comes from the challenge in conducting new experiments for revealing the secrets of nature. The scientific progress is not only qualitative but also quantitative analysis. The basics levels, laws and theories of physics are universal. There is good strategy of approximation. A good strategy is means that we will focus and observe on the necessary facts. Then we will discover and later do the needful corrections to construct a well-defined theory. We will apply the laws of physics for practical purposes.

Physics is a huge subject that covers many different topics that ranges from galaxies in the depths of space to the sub atomic particles.

Shaalaa.com | Scope and Excitement of Physics

Scope and Excitement of Physics
00:08:56  undefined
Advertisement Remove all ads