Mathematics and Science were invented by humans to understand and describe the world around us. A lot of mathematical quantities are used in Physics to explain the concepts clearly. A few examples of these include force, speed, velocity and work. These quantities are often described as being a scalar or a vector quantity. Scalars and vectors are differentiated depending on their definition. 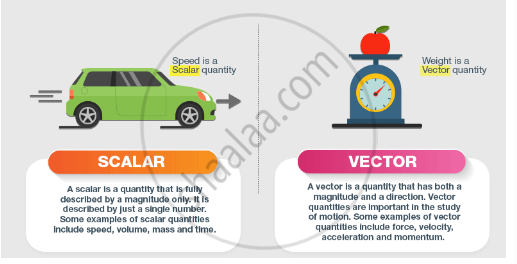 Equality of Vectors
Two vectors A and B are said to be equal if, and only if, they have the same magnitude and the same direction. Figure below shows two equal vectors A and B. We can easily check their equality. Shift B parallel to itself until its tail Q coincides with that of A, i.e. Q coincides with O. Then, since their tips S and P also coincide, the two vectors are said to be equal. In general, equality is indicated 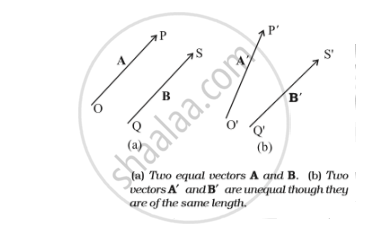 as A = B. Note that in Fig.(b) above, vectors A′ and B′ have the same magnitude but they are not equal because they have different directions. Even if we shift B′ parallel to itself so that its tail Q′ coincides with the tail O′ of A′ , the tip S′ of B′ does not coincide with the tip P′ of A′ . 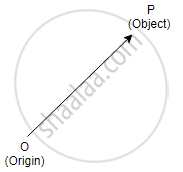 So if an object is at a certain point P (say) at a certain time, its position vector is given as described above.

Displacement Vector:
The displacement vector is a vector which gives the position of a point with reference to a point other than the origin of the co-ordinate system.

The displacement of an object can also be defined as the vector distance between the initial point and the final point. Suppose an object travels from point A to point B in the path shown in the black curve below

Shaalaa.com | Motion in plane part 1 (Introduction to Scalar and Vector)

to keep track of your progress.
Motion in plane part 1 (Introduction to Scalar and Vector) [00:10:32]
S
to track your progress