The new individual formed is an identical copy of the parent

There is no formation of gametes.

No variation is seen

The type of reproduction in which two parents (one male and one female) are involved to produce a new individual is known as sexual reproduction.

The offspring is genetically similar but not identical to the parent.

There is variation in the species.

For unicellular organisms, cell division, or fission, leads to the creation of new individuals. Many different patterns of fission have been observed.

Many bacteria and protozoa simply split into two equal halves during cell division.

In organisms such as Amoeba, the splitting of the two cells during division can take place in any plane. 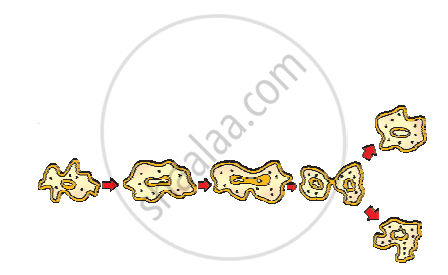 There are three types of Fission

Transverse Binary Fission: It is splitting of cells along any plane during division. eg.amoeba

Longitudinal Binary Fission: It is the division occurring in definite orientation in relation to the whip-like structures located at one end of the cell e.g. Leishmania.

Multiple Fission: It is the division of mother cells into many daughter cells simultaneously e.g. Plasmodium.