Properties of a Triangle

Construct a triangle in which two sides are equal, say each equal to 3.5 cm and the third side equal to 5 cm in following fig.

Theorem : The sides opposite to equal angles of a triangle are equal.
This is converse of above theorem.

Prove that each angle of an equilateral triangle is 60°.

The bisectors of two equal angles of a triangle are equal 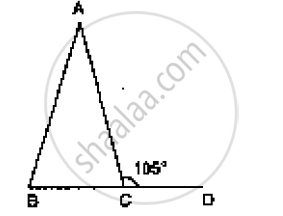 Fill in the blank to make the following statement true.

Difference of any two sides of a triangle is........ than the third side.

Find the measure of each exterior angle of an equilateral triangle.