On the basis of Fig, answer the following questions:

(a) In which direction do the Aravalis lie?
(b)  Aravali ranges act as a water divide between which rivers?
(c)  Name the hills located on the plateaus to the east of Aravalis.
(d) Across which states have the Deccan Plateau spread? 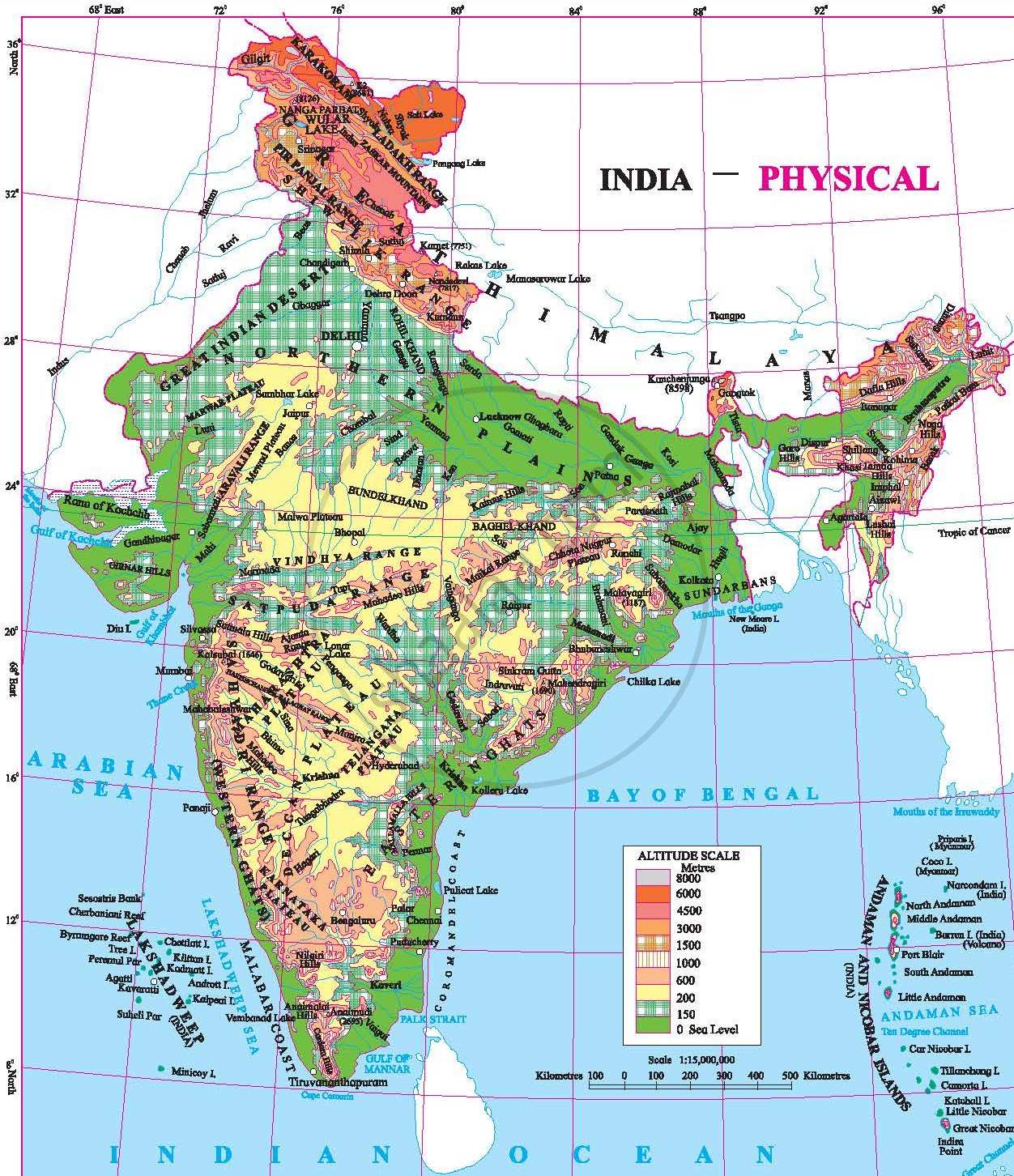 Look at the digital elevated model (DEM) of India and name the major physiographic divisions. There are fewer natural ports on the eastern coast of India.

Read the following map and answer the questions given below. 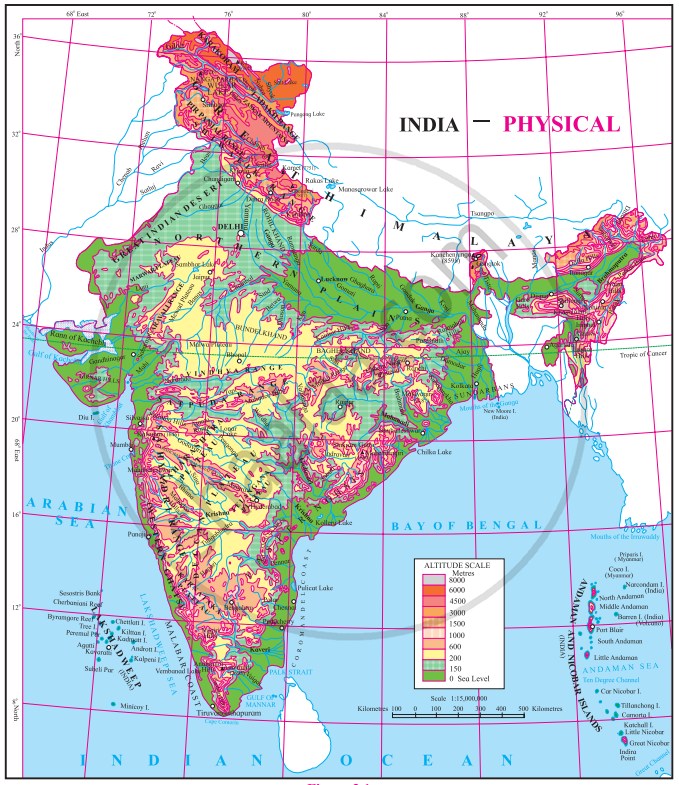 What could be the reasons behind the formation of swamps in the extensive continental location of Pantanal?

What measures are being taken to control pollution in the rivers of India?

Explain the characteristics of the North Indian Plains.

Which are the major water divides of India giving examples.