Non-congressism and Electoral Upset of 1967

The socialist leader who gave the strategy ‘non congress' was ______

The era of coalition government began in India in ______

The Congress Socialist Party was founded by ______

The results of which elections were called ‘Political Earthquake’? 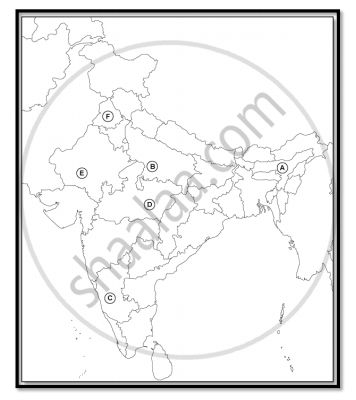 In the given political outline map of India, six states have been indicated by A,B,C,D,E and F. Identify them with the help of the information given below and write their correct names in your answer book along with their respective Serial No. and the alphabet concerned as per the following table:-

i. Two states where the Congress party got majority and formed the government.

iii. A states where Congress party did not get majority but formed the government with the help of other parties

iv. The state where 'Popular United Front' came into power.