“An object will remain at rest or in uniform motion in a straight line unless acted upon by an external force.” Eg: Water in a bottle continues moving forward even though the bottle has come to a halt.

For example, a ball lying on the table at rest will remain at rest until an external force is applied on it. 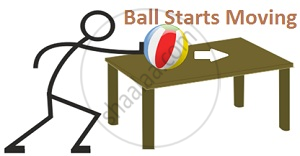 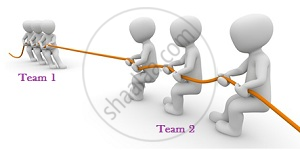 For example, in Tug of war, If teams 1 & 2 apply equal forces in opposite directions, there would be no net force. This is Balanced force.
However, if Team 1 exerts more force than Team 2, then there would be a net movement towards Team 1 and Team 1 would win. This is unbalanced force.