Note that in one dimension, the velocity and the acceleration of an object are always along the same straight line (either in the same direction or in the opposite direction). However, for motion in two or three dimensions, velocity and acceleration vectors may have any angle between 0° and 180° between them. 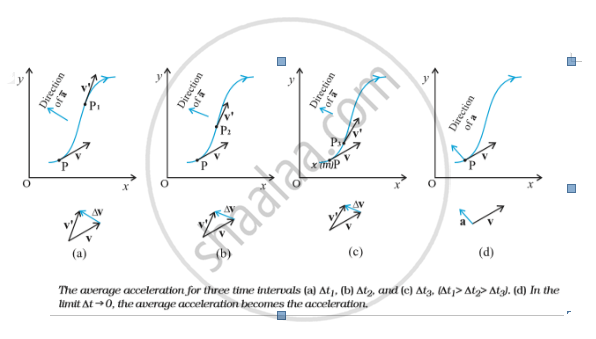 to keep track of your progress.
Motion in plane part 15 (Average acceleration) [00:04:37]
S
to track your progress