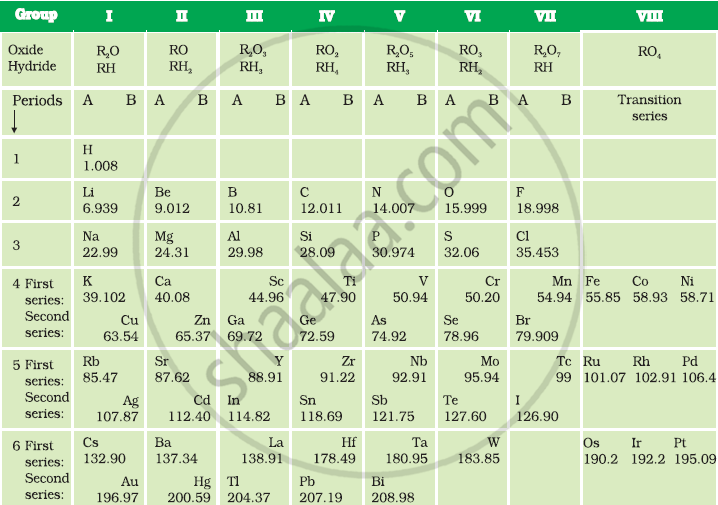 Mendeléev’s Periodic Table was published in a German journal in 1872. In the formula for oxides and hydrides at the top of the columns, the letter ‘R’ is used to represent any of the elements in the group. Note the way formulae are written. For example, the hydride of carbon, CH4, is written as RH4 and the oxide CO2, as RO2.

to keep track of your progress.
Periodic Classification of Elements part 5 (Mendeléev periodic table) [00:14:11]
S
to track your progress

In Mendeleev’s periodic table eka- silicon was later named as _______.

According to Mendeleev’s periodic law, properties of elements are periodic function of their _______.