Droplets of water may sometimes be seen along the margins of the leaves of a banana plant, growing in wet soil, in the mornings. Are these dew drops? Comment upon your answer.

Which of the following statements are true and which ones are false? Give reason in support of your answer.

A plant in which the stomata are sunken

The apparatus to record the rate of transpiration in a cut shoot. Given below is the diagram of an apparatus used to study a particular phenomenon in plants: 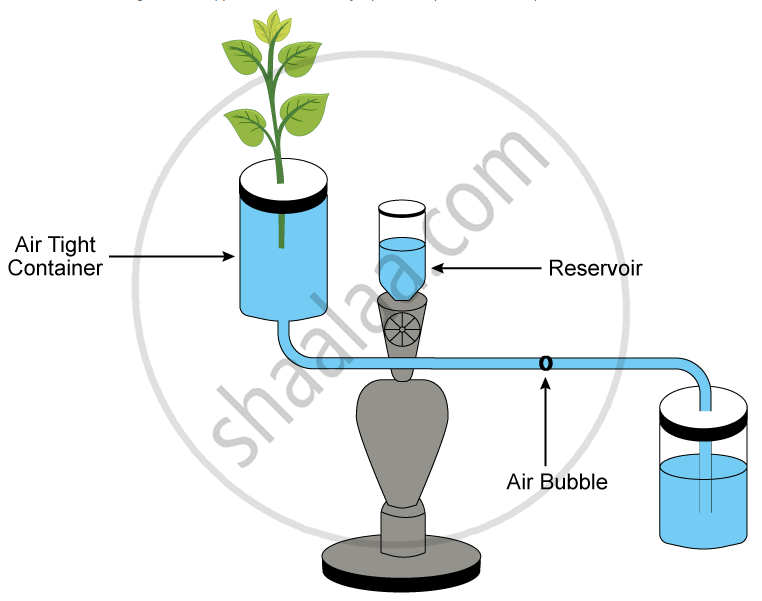 What is the role played by the air-bubble in this experiment?

Given below is the diagram of an apparatus used to study a particular phenomenon in plants: What happens to the movement of the air-bubble if the apparatus is kept:

Give a reason in each case.