Most agriculture in India is rain-fed, that is, the success of crops in most areas is dependent on timely monsoons and sufficient rainfall spread through most of the growing season. Hence, poor monsoons cause crop failure. Ensuring that the crops get water at the right stages during their growing season can increase the expected yields of any crop. Therefore, many measures are used to bring more and more agricultural land under irrigation. 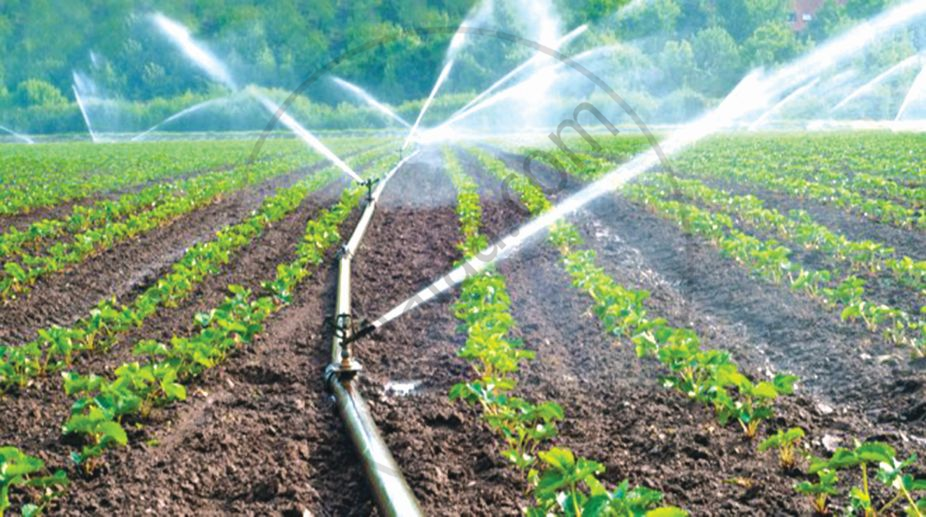 Two types of wells are used for irrigation:

Canals: A canal system is a network created to move water from one source of water such as a stream or reservoir. The main canal is divided into branches that spread by through the fields so that water can be distributed everywhere.

River Lift System: A river lift system is used to draw water from the rivers directly for irrigational purposes. This system is successful in areas where the canal system is not successful.

Tanks: Farmers often use small storage reservoir that can store as well as supply water in the small fields.

Rainwater Harvesting: Instead of just letting the rainwater flow away farmers often store it in the reservoir tank. This water can we for the used for irrigational purposes.

Watershed Management: Small dams are built on the rivers and streams in order to increase the ground levels of the area. These check dams prevent water from flowing away and causing soil erosion.

Distinguish between the following

Shade the regions of jute cultivation..

What are the two types of canals?

Name the factors on which the sources of irrigation depend?

Write about the drip system.

The effective source of irrigation in areas of low-level relief is ______ irrigation.

What is a tank?