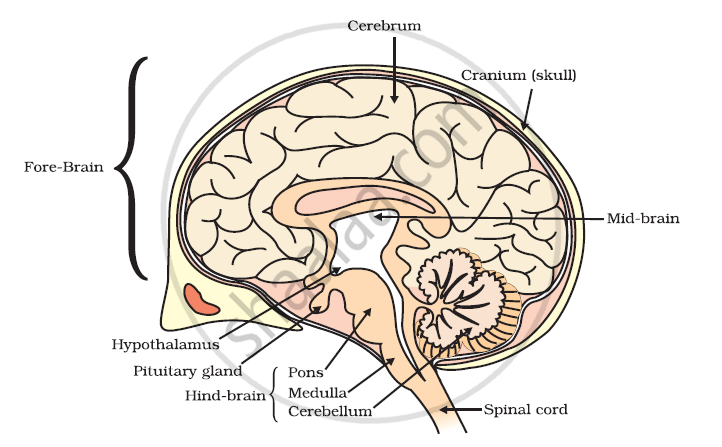 Actions that donot require thinking and occour without the concious choice of an organism are known as involuntary actions.

Give the functions of medulla.

The brain is responsible for

The part of brain which takes part in regulating respiration in the human body is :
(a) medulla
(b) pons
(c) cerebellum
(d) cerebrum

What is the difference between a voluntary and an involuntary action? Which kind of action is digestion? Explain your choice.

Cerbellum, medulla and pons are the parts of :
(a) mid-brain
(b) hind-brain
(c) forebrain
(d) spinal cord

Which of the following is not an involuntary action?
(a) vomiting
(b) chewing
(c) heart beat
(d) salivation

One of the following controls the peristaltic movements of alimentary canal. This one is :