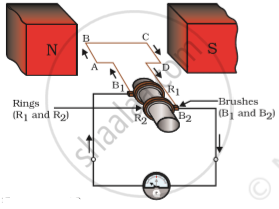 to keep track of your progress.
Magnetic Effects of Current part 12 (Electric Generator) [00:13:42]
S
to track your progress

Explain the construction and working of the following. Draw a neat diagram and label it.

Observe the figure and answer the following questions.
a) Identify the machine shown in figure.
b) Write a use of this machine.
c) How transformation of energy takes place in this machine. 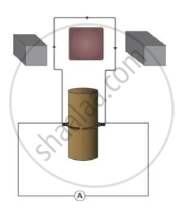 Explain the construction and working of an electric generator (AC) with the help of a neat diagram.