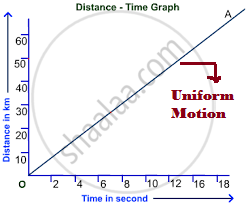 A body is said to be in uniform motion if it travels equal distances in equal intervals of time, no matter how small these time intervals may be. If we draw distance time graph for uniform motion then it will be straight line. For better understanding we can take an example, a car is running at a constant speed say 20 metres per second, will cover equal distances of 20 metres, every second, so its motion will be uniform. 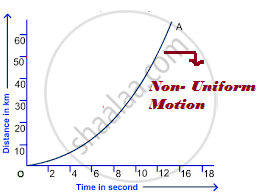 What is meant by average speed?

What is meant by uniform speed ?

Define the term uniform acceleration. Give one example of a uniformly accelerated motion.

A satellite goes round the earth in a circular orbit with constant speed. Is the motion uniform or accelerated ? Write the three equation of uniformly accelerated motion. Give the meaning of  symbol which occurs in them.

What is the acceleration of a body moving with uniform velocity ?

What type of motion, uniform or non-uniform, is exhibited by a freely falling body ? Give reason for your answer.