A pyramid is a space figure that has a polygon as its base and triangles as all its other faces. All the faces of a pyramid, except its base, intersect at a common point.

Properties of a pyramid: 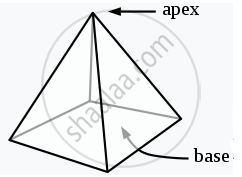 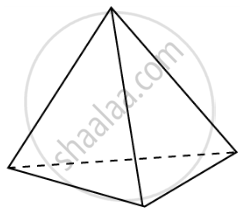 A triangular pyramid has a triangle as its base. It is also known as a tetrahedron. It has 4 faces (3 side faces and a base face), 4 vertices (points), and 6 edges. 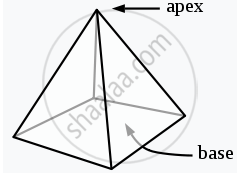 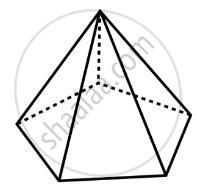 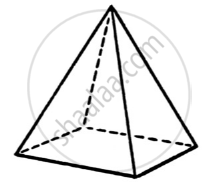 A rectangular pyramid is a simple geometric figure that consists of a rectangular base and four triangle-shaped faces.

Shaalaa.com | Pyramid and Its Types