National Income is one of the important subject matter of macroeconomics. National income is a composite measure of all economic activities such as production, distribution, exchange and consumption, but is also an objective indicator of economic welfare of the people in a country.

In India, establishment of the National Income Committee (NIC) in 1949 marked the beginning of Government efforts for regular compilation of National Income estimates. At present, Central Statistical Organisation (CSO) compiles and publishes data on national income and allied aggregates every year.

According to NIC “A national estimate measures the volume of commodities and services turned out during a given period counted without duplication.”
2) Prof. A.C. Pigou :
“National dividend is that part of objective income of the community including of course income derived from abroad which can be measured in money.”

Earlier known as the Central Statistics Organisation of India, CSO is responsible for the coordination of statistical activities in India, and evolving and maintaining statistical standards.

MoSPI said the restructuring will “streamline and strengthen the present nodal functions” and “to bring in more synergy by integrating its administrative functions within the ministry.”

Give reason or explain the following statement:

State whether the following statement is true or false.

National income is computed every year. 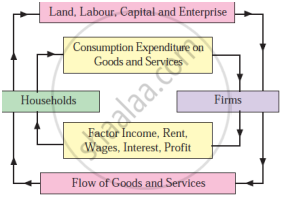 Identify and explain the following concept.

Shobha collected data regarding the money value of all final goods and services produced in the country for the financial year 2019-20.