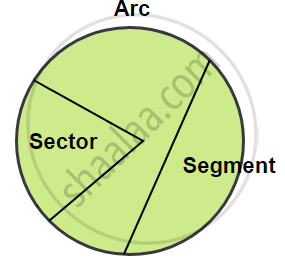 to track your progress
Circles
0%

Two parallel chords are drawn in a circle of diameter 30.0 cm. The length of one chord is 24.0 cm and the distance between the two chords is 21.0 cm; find the length of another chord.

In the following figure, AB is the diameter of a circle with centre O and CD is the chord with length equal to radius OA. 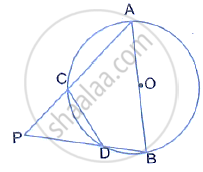 Is AC produced and BD produced meet at point P; show that ∠APB = 60°

In the given figure ABC is an isosceles triangle and O is the centre of its circumcircle. Prove that AP bisects angle BPC . 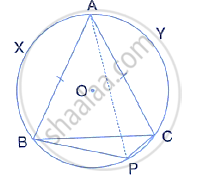 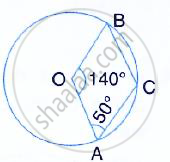 If O is the centre of the circle, find the value of x in each of the following figures

If O is the centre of the circle, find the value of x in each of the following figures 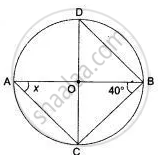 ABC is a triangle with AB = 10 cm, BC = 8 cm and AC = 6 cm (not drawn to scale). Three circles are drawn touching each other with the vertices as their centres. Find the radii of the three circles.

In the following figure, OABC is a square. A circle is drawn with O as centre which meets OC
at P and OA at Q. Prove that:
(i) ΔOPA ≅ ΔOQC, (ii) ΔBPC ≅ ΔBQA. 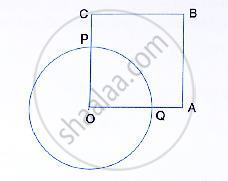