Classification of Triangles (On the Basis of Sides, and of Angles) - Obtuse Angled Triangle

Obtuse angled Triangle: An obtuse triangle is one that has an angle greater than 90°. 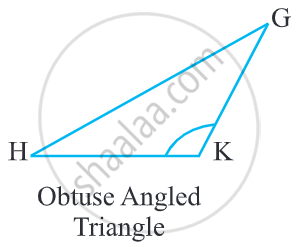