An arithmetic progression is a list of numbers in which each term is obtained by adding a fixed number to the preceding term except the first term.

Here in the sequences (1), (2), (3), (5), the similarity is that next term is obtained by adding a particular number to the previous number. Each ot these sequences is called an Arithmetic Progression. 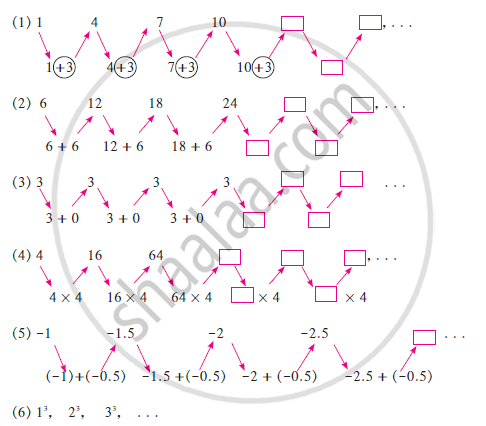 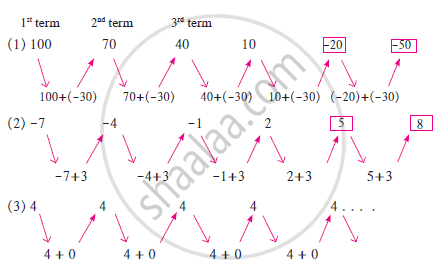 Shaalaa.com | Arithmetic Progression part 3 (Tell if it is AP or not)

Write the first three terms of the A.P. whose common difference is ‒3 and first term is 4.

A farmer borrows Rs.1,000 and agrees to repay with a total interest of Rs. 140 in 12 installments, each installment being less that the preceding installment by Rs. 10. What should be his first installment?

State whether the following sequence is an A.P. or not?