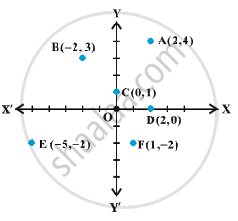 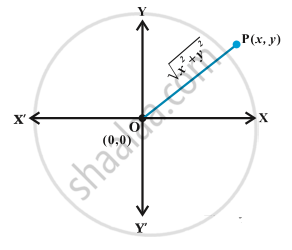 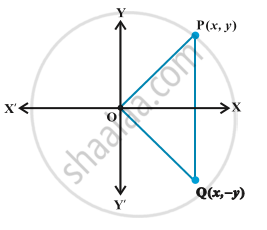 Polar representation of a complex number:
Let the point P represent the nonzero complex number z = x + iy. Let the directed line segment OP be of length r and θ be the angle which OP makes with the positive direction of x-axis (Fig) 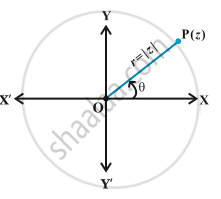 We may note that the point P is uniquely determined by the ordered pair of real numbers (r, θ), called the polar coordinates of the point P.
We have, x = r cos θ, y = r sin θ and therefore, z = r (cos θ + i sin θ). The latter is said to be the polar form of the complex number. Here `r= sqrt (x^2+ y^2)= |z|`  is the modulus of z and θ is called the argument (or amplitude) of z which is denoted by arg z.
We shall take the value of θ such that – π <  θ ≤  π, called principal argument of z and is denoted by arg z, unless specified otherwise.